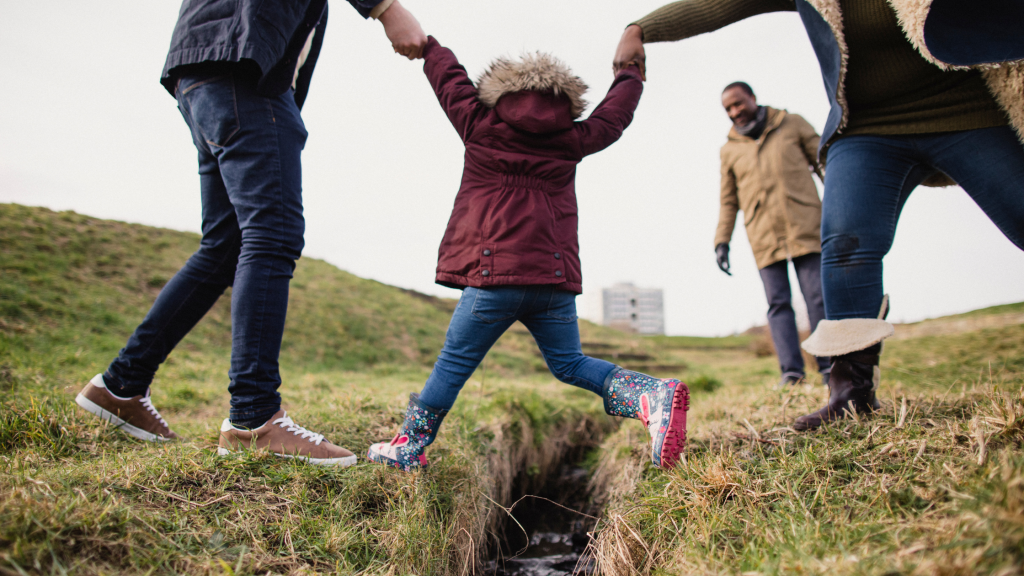 When Erin Archuleta wakes up, the sun hasn’t yet risen in her Michigan town of 600. She listens for the chirping of the birds and the occasional whistle of a train or hum of a tractor. She enjoys a hot cup of coffee from her porch that overlooks the nearby pond, keeping her eyes peeled for deer wandering across her 10 acres of land. It’s a big change from the pre-pandemic hustle and bustle of living above the sushi restaurant she and her husband owned in San Francisco. But it’s one she welcomed in February 2o21, as she got to spend more time with nearby family.

“Last weekend, I pressed leaves and put them in the window of my grandfather’s home. These precious moments are what keep me [here].”

Archuleta, who is the head of global policy partnerships at Block, is one of millions of workers who were allowed to work remotely as companies including Block, Twitter, Airbnb and Slack adopted permanent flexible work plans during the pandemic. Meanwhile, tech giants Apple and Google mandated workers to the office part-time this year.

As of late September, 21.6 million people in the United States worked remotely for five days, while 32.3 million worked at the office at least one day, according to the Census Bureau’s Household Pulse Survey.

Remote workers say they enjoy connecting with nature, exploring the world and spending more time with family, noting that their outlook on work has changed forever. But it’s not rosy all the time: Some say their new lifestyles have introduced complications like time-zone coordination, a different approach to connecting with colleagues, slow internet connectivity, the fear of missing out in-person, and sorting out international health care and travel restrictions.
For Alexandra Lazarin, a senior trip designer at Airbnb Luxe, the company’s work-from-anywhere policy has given her a life she never dreamed of. The 34-year-old Montreal resident has spent the last two years jet-setting across Spain, Italy, Greece and her motherland of Romania. She’s also thrown herself into road cycling, befriending enthusiasts.

“Sometimes it’s hard to identify with a specific country,” she said. “I feel like the world is my home.”

Lazarin never imagined working outside of an office, but now she gravitates to the digital nomad life. The freedom has afforded her self-discovery and the chance to mold her life around cycling and travel — albeit while wading through ever-changing travel restrictions.

Mike Cannon-Brookes, co-founder and co-CEO of Australian software company Atlassian, moved to a farm two hours south of the company’s Sydney headquarters. He became accustomed to taking meetings and recording voice memos while walking across neighboring farms — sometimes capturing his surprise snake encounters. He also met employees who rented a house together for weeks so that they could barbecue, play their guitars and sing together after work. “We decided that … nobody had to come back to an office,” he said. “That reduced pressure.”

For Cannon-Brookes, allowing his employees to work from anywhere seemed to make the most sense. But he admits Atlassian had to do a lot of retooling to make the policy functional. It had to adjust salaries based on location, coordinate time zones so that teams could work together, create moments for in-person interactions and recruit in areas it hadn’t explored. While it’s still working social connection, Atlassian now has a larger hiring pool and happier employees, he says. And many got to be with family.

“There’s a number of people who’ve sent beautiful, tearful messages, especially older employees who have worked awhile and realized how unusual this is,” he said.

Atlassian software developer Christina Bell, 27, says the change allowed her to keep her job to spend time with her grandmother, who was diagnosed with cancer, in her homeland of New Zealand.

“We went to the beach, did puzzles together, had quality time,” she said of her grandmother who was an early supporter of her engineering interests. “In a good twist of events, my nana is in remission, and she’s still with us a year and a half later. I’m making the most of our time.”

Quality time with family is a common thread among several workers who moved thanks to new work policies. Michael Francis of Block and Pascaline Cure of Airbnb say flexible work allowed them to give their children some of the experiences they’ve treasured.

For Bay Area resident Cure, that meant giving her two children the chance to spend 10 months at a school in Tahiti. There, they spoke French and learned about coral restoration by visiting a lagoon and about birds and invasive species at a tropical forest. They also visited family in Europe and are planning a trip to Costa Rica. Cure said a few key challenges that determine the family’s destinations are educational opportunities, fast internet connectivity and good health care.

“I grew up internationally, so it’s an important part of who I am,” she said.” I hope my children will take this with them for the rest of their lives.”

For Francis, who moved his family from San Francisco to the Northern California mountain town of Truckee, the flexibility allowed his children to spend more time outdoors building igloos and making homemade ski jumps.

“Those were things I grew up doing, and they’ve never had the opportunity to live that way,” he said. “My kids sent me picture of bears at my neighbors’ house as they were going to school. That was a surprise.”

As a remote worker, he has struggled to track personnel changes and had to adapt to managing his collegial relationships in a new way. But he says he couldn’t see returning to big-city life.

Some workers found relief leaving their cities for nature. That was the case for Naomi Barnett of Spotify and Helen Prowse of Block. Barnett left Brooklyn for Northampton, Mass., where they and their partner live in a cohousing community. While they still experience the fear of missing out on get-togethers in the Big Apple, they are grateful for their welcoming queer and Jewish community and calmer outdoor environment.

Prowse, meanwhile, moved her family from London to a Kent County countryside farmhouse built in 1668. There, her dollars stretch further and she can take a cold water swim during lunch, she said. While she loves the change, she says she has had to put more effort into coaching junior staffers, as she can’t just peek over their shoulders. She’s had to be more conscientious about shutting off work at the end of the day as well.

Tempe, Ariz., resident Devin Miller, who works in Yelp’s people operations department, says the permanent shift to remote work made room for a new ritual: occasionally working from a cabin in the mountainous town of Pinetop-Lakeside, Ariz. There, he can watch a herd of elk parade across the front yard and take a conference call from a swinging hammock — assuming his internet signal isn’t weak.

“It’s a total refresh for both of us,” he said, referring to his partner. “Being stuck in our house put a lot of pressure on our relationship.”

Archuleta, who’s still getting used to the idea that she owns chain-saw pants, says her vision for her future has forever changed.

“I was in the heart of S.F. running restaurants,” she said. “Now that I’m here, I don’t think I could ever change.”

PrevPreviousHow Employers Can Accommodate A Surprising Baby Boom
NextRemote work saves companies a ton of money per worker. It could help them survive a recession.Next 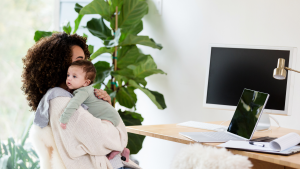 How Employers Can Accommodate A Surprising Baby Boom

The baby bust once attributed to the pandemic is actually a baby boom, a new report shows. While economists predicted that the pandemic would accelerate a declining birth rate