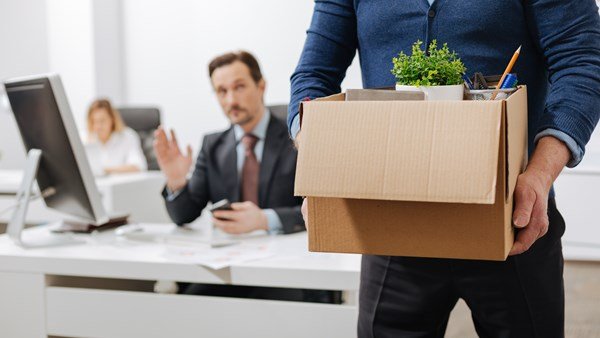 Some state workers in Virginia have opted to leave rather than return to the office. More than 300 employees from five state agencies have resigned since Gov. Glenn Youngkin changed the state’s telework policy in May.

According to records obtained by WRIC ABC in Richmond, most of the current exodus came from the Virginia Department of Transportation (VDOT), which lost 183 employees after Youngkin’s change to telework policy.

The new policy, which was announced on May 5, went into effect on July 5.

On May 5, Gov. Youngkin rolled back Virginia’s COVID-19 telework policy, stating that “these updates balance the demands of government services with the needs of our public servants.”

In effect, the policy says employees whose jobs can be done remotely can apply to work from home for “appropriate” reasons. The approval process for work days from home is now based on the frequency of telework days requested.

Once a week or temporary telework for reasons including family illness, a school closing or poor weather requires an agency head’s approval.
Twice a week requires a cabinet secretary’s approval.
Three or more days a week require approval by the governor’s chief of staff.
Critics of the revised policy say that it ignores the needs of agencies that had previously allowed for telework and the approval process has become confusing.

Last Wednesday, a day after the new policy went into effect, the Virginia Governmental Employees Association released a survey on the telework changes, citing responses from over 400 state employees.

Among the complaints with the new policy change, were the rising cost of gas, continued concerns over health and safety due to COVID, confusion with the changes and who gets to approve telework, and overall efficiency in their job due to being able to work from home.

“An overwhelming majority said that they got just as much done at home (or more) as they did in the office by avoiding water cooler talk, being distracted by other employees,” authors of the VGEA survey said.

In its summary, VGEA stated they “urge the Youngkin administration to delay the implementation of the telework policy to Sept. 12, 2022, to allow for state employees to address needs related to child care, commuting, and a less stressful return to the office — especially after many state employees (not all) are just emerging from the life-changing trauma of the last two years of the COVID pandemic while still trying to manage many lingering, related challenges.”

PrevPreviousIf you’re thinking of taking Fridays off this summer, you’re not alone
NextThree Signs Your Culture Is Stuck In 2019Next