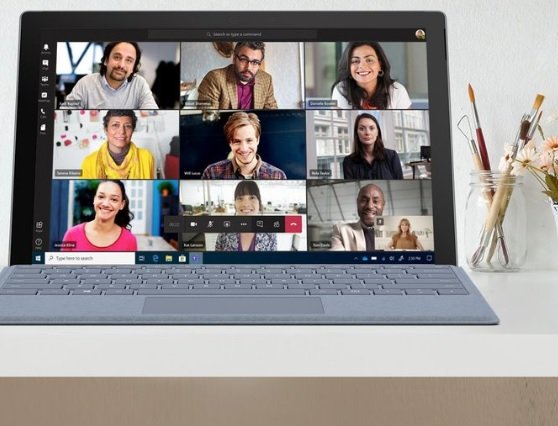 Microsoft Teams users can now see up to nine participants on screen in a video call.

With Teams video usage exploding across the world because of the COVID-19 coronavirus lockdown, Microsoft has decided to accelerate the rollout of some much-needed features to help remote workers and schools hold better video calls.

Microsoft has responded to calls from Microsoft Teams users who want to see more than just four participants on the screen, and has now promised to support up to nine people simultaneously.

Support for nine people on Microsoft Teams video calls will roll out by the end of April, a Microsoft Teams engineer said on its User Voice site. Over 40,000 people have upvoted a request for more on-screen faces. Microsoft appears to have accelerated development of the ability to put more participants on screen, which was scheduled for May.

The Teams engineering group is also working to increase the limit further. However, Microsoft hasn’t said how many on-screen users it will support or when it would increase support beyond nine users.

Bringing up to nine faces simultaneously moves Microsoft Teams a little closer to video-conferencing rival Zoom, which allows 49 users on screen at once. Cisco WebEx, which is also popular in the enterprise, allows users to see up to 25 participants. Hangouts in G Suite supports up to 25 people on a video call.

Microsoft’s analysis of video usage trends on Teams found that Norwegians and Dutch turn on video most, with 60% of calls in these countries including video. People in the US use video on 38% of Teams calls.

The company boasted that Teams had reached a new daily record of supporting 2.7 billion minutes, up from 900 million minutes on March 16.

Microsoft has announced a new feature in Teams that allows users in large organizations to reach the right contact using tags.

“With targeted communication using tags in Microsoft Teams, you can now organize users within your team based on attributes such as role, skill, or expertise. Once tags are applied, you can quickly and easily reach the right people,” explained Annie Colonna, a Microsoft Teams software engineer.

After creating a tag, users can use it to reach people with a chat or in a Channel post.

Microsoft thinks it could be used to create, for example, a customer-support tag to ensure the right people get notified when a user raises an issue in a Channel post. It could also be used to tag a specific department within a company to target notifications to them.

There is currently a limit of 100 tags per Team and 100 members per tag, while each user can be assigned up to 25 tags. Microsoft is working on new tag features to automatically apply tags to users based on when they are working.