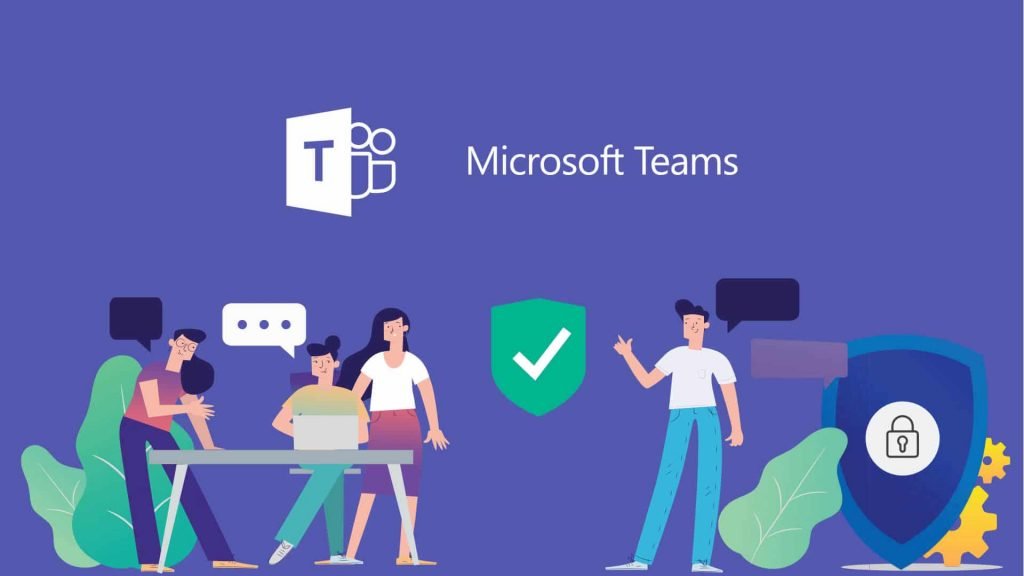 The company announced a round of new features to woo enterprise customers.

Microsoft has wrapped up February with a fresh new set of features for its Teams platform. The chat and collaboration package now comes with better, more integrated tools designed to simplify group work for businesses – and to push Microsoft’s efforts to pitch Teams as the ultimate enterprise chat platform.

Teams product manager Marissa Salazar presented a round-up of new features and services. Headlining the news was the integration of Teams and Outlook, which means that users can now move an email conversation directly from Outlook into a Teams chat by the click of a button, and equally share a conversation from Teams to an Outlook email.

Microsoft has also added the option to assign a tag to members of an organization, so that users can better target their messages. For instance, a store manager could @mention all the cashiers in a given channel and get their message across to all relevant members at once.

Calls and meetings got an upgrade in the form of live captions, which can be turned on during Teams meetings to let participants read what people are saying in real time. Salazar wrote that the tool would improve the accessibility and effectiveness of meetings, say, if you are calling from a crowded airport terminal – but it is worth noting that the company recommends speaking clearly, slowly, and to avoid background noise, in order to make the most of the service.

The feature supports English language for now, added Salazar, but more languages will be coming soon. And Teams administrators can record meetings to store them in Microsoft Stream cloud storage.

Additional security measures also let administrators monitor the content shared on Teams more closely. Microsoft has turned on the option for a legal hold on private channel chats, which are stored in user mailboxes, should it be necessary to preserve messages related to a specific topic or individual that are relevant to a case.

New tools powered by machine learning will also help administrators detect, capture and take down inappropriate messages on Teams. Internal and external communications can now be scanned and reviewed by designated reviewers, to ensure that content complies with corporate policy.

A range of other features were introduced to simplify navigation. For example, users can pin personal apps to the left-hand rail of the Teams platform; and IT administrators can upload, manage, block or allow new apps directly in the “Manage apps” page in the Microsoft Teams admin center.

With this range of new features, Microsoft is likely to further boost the number of Teams users, which won’t go down as good news for the company’s main competitor Slack. Teams was founded in 2016, three years after Slack was originally released, but Microsoft was pretty clear from the start that its own chat platform would be a direct competitor to Slack.

The major difference between the two services was that Teams originally didn’t have a freemium plan. In July 2018, however, Microsoft rolled out a free version of Teams, which didn’t require a business version of Office 365 or a Microsoft account.

The free service is limited to use by 300 people, has 10GB of team file storage and doesn’t include Office 365 services like OneDrive or SharePoint; but that didn’t stop businesses from flocking to Microsoft’s platform. More than 13 million people currently use Teams – which is three million more users than Slack can claim.

A survey estimated that by the end of 2020, 41% of organizations would be using Microsoft Teams, and 18% would be using Slack. Some users, however, have noted that Teams is better suited for larger enterprises; Slack, on the contrary, is easier to set up and administrate, and as such might cater for different needs. The CEO of Slack Stewart Butterfield, for his part, isn’t too worried, and recently said of Microsoft’s growth: “I don’t think that’s really a threat”.